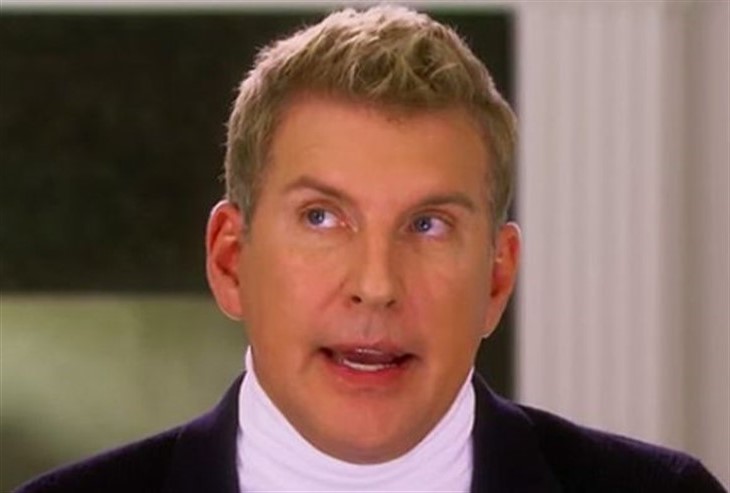 Chrisley Family news reveals that, upon entering the federal prison in Florida, Todd Chrisley may very well have to scrub prison toilets while breaking in the new year behind bars. Read on and we’ll give you the low down.

Chrisley Family News – Todd Chrisley May Have a Dirty Job

Chrisley Family news reveals that, according to Radar Online, Todd Chrisley could have messes to clean while heading into 2023. So, is the show “Dirty Jobs” looking for content?

If so, they might have a winner with the Chrisley patriarch. He could very well be scrubbing the latrine while heading into the new year. It’s perhaps advantageous, then, that Mike Row announced earlier this month – he’s bringing back Dirty Jobs (via Movieguide).

Todd Chrisley – Soon to be Worth 12c An Hour

Word is, while behind bars, the Chrisley Knows Best alum could earn as little as 12 cents an hour. According to federalcriminaldefenseattorney.com, he could be doing anything from cleaning toilets, mopping floors, washing dishes, and doing laundry too, if he’s lucky, working as a librarian.

According to the Federal Bureau of Prisons, “Inmates earn 12¢ to 40¢ per hour for these work assignments. Cinema Blend reports that, even at the highest rate, Chrisley won’t even make a dent in the $17.5 million he owes.

Todd And Julie Chrisley – Won’t Have A Say

Incarceration is rough for anyone. But it ought to be especially harsh for Todd Chrisley, convicted of bank fraud to the tune of $30 million as well as tax fraud alongside his wife Julie Chrisley in June. The question on everyone’s minds now will be, will he be able to handle cleaning his mates’ poo from the prison toilet bowls?

Another Todd will certainly not be accustomed to; once he turns himself in, he won’t really have a say about what his job will be. As Radar Online was recently told, once the Chrisley patriarch hears the FPC Pensacola prison gates close behind him on January 17 starting his 12-year stay there, his first jobs will likely be cleaning bathrooms and washing dishes.

According to the BOP Prison Inmate Work and Performance rules, “Sentenced inmates who are physically and mentally able to work are required to participate in the work program.” We discovered that Chrisley’s work schedule will last a minimum of seven hours.

Chrisley will be “expected to report to the place of assignment at the required time” and “may not leave an assignment without permission.” If the former USA Network personality refuses to work, “disciplinary action” will follow.

After spending their last Christmas together are free citizens for the last time in 12 years on Sunday, they are set to become federal inmates in January. Be sure and stay up to speed on all Chrisley Family-related stories. Return here often for more Chrisley family news and updates.