Sister Wives star Christine Brown continues to make changes and adjustments to her new life. The TLC reality star says she keeps busy with work and family. She also says she’s open to trying new things. But, one thing she tried was not her idea. Instead, Christine says it was her daughter Truely Brown’s notion. So what is her daughter talking her mom into doing these days that is so dark?

Christine Brown says she has been living a more relaxed and lower-stress life. She says she enjoys living in Utah for many reasons. However, the biggest one is how close she now lives to her daughter, Mykelti Padron, and son-in-law Tony Padron.

They live about 30 minutes from Kody Brown’s Sister Wives ex. For Christine, this means she is close enough to enjoy spending more time with them and her grandchildren, Avalon Padron, and new twin infant grandsons, Archer Padron and Ace Padron.

So, she’s taking some time off work to hang out with her family. She doesn’t mind skipping out on work from time to time, especially if it means she can get in some extra bonding time with her family.

Sister Wives: Kody Brown’s Ex-Wife Has Moves & a Dark Side

Christine Brown says that since relocating to Utah, she and Truely have lots of fun together. She even talked her mom into accepting a new TikTok challenge. But, of course, the Sister Wives star likely would never have tried this without her daughter’s insistence.

The Dance With My Hands – Wednesday Addams Dance Challenge is the latest rage. So, Christine gets into character, dressing in black and with her hair in braids. It’s a pretty dark dance based on a dark Netflix show.

She looks to be having a great time, and Truely Brown gets the win on this one for talking her mom into doing it. Some TLC fans ask what new trend her daughter may convince the Sister Wives mother to try next.

Whatever it may be, it is all in good fun. Fans say they are glad to see Christine enjoying her life so much more these days. However, after watching TLC’s Season 17, they know that the past years have been challenging for the reality star and her family.

Will Christine Take the Reality Series in a Different Direction?

Now that the Season 17 Tell-All ended, fans wonder what to expect in Season 18. Viewers think it may be difficult for the network to keep on with the series given that three of the four Sister Wives spouses left Kody Brown behind. 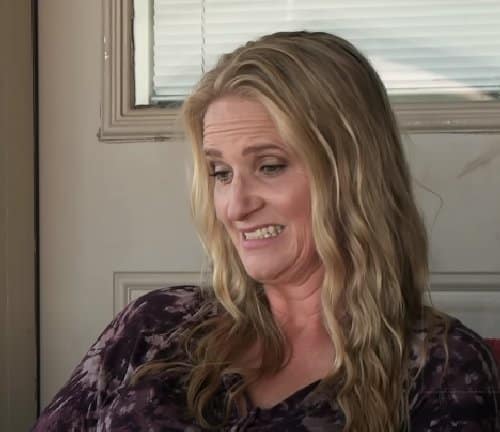 Many TLC fans think next season may be a transition that heads in a new direction. So far, though, there’s no new information about what Season 18 could hold.

However, there is plenty of time between seasons, and fans hope Christine Brown keeps everyone up to date on what she’s doing. So what did you think about her Wednesday Addams dance moves? Did she rise to the dark challenge her daughter presented?